After three wonderful days we packed up and headed out of Tiberias and the area of Galilee. On to Jerusalem!

Along the way we still had many things to see and experience. Our first stop was the current and ancient town of Beit She’an. The ancient town was actually twice the size of current Beit She’an. The Biblical significance of this town is found in 1 Samuel 31 where it tells of the death of King Saul and three of his sons. They were then decapitated and the bodies hung on the city walls as trophies of the Philistines. This was a thriving metropolis with paved streets, an amphitheater, a hippodrome, covered walkways and even complete with sewers.

After spending a couple hours in Beit She’an we continued our drive to Jerusalem. What a beautiful area! We passed camels, flourishing agriculture, which included beautiful fields of date palms, and we even had to slow down to let a flock of goats cross the road. With mountains to the East and West of us we had a great view of the country of Jordan and even saw the Dead Sea.

For lunch we made a spur of the moment decision to stop at a local cafe. What a great idea! We ended up eating with the locals and had some of the best food of the trip so far. Jumping back on the bus we quickly arrived at our next stop, the Qumran Caves. Here a 17 year old shepherd boy stumbled upon a cave which housed 10 clay pots as he searched for a lost sheep. 8 of the pots contained sand, one was empty and one held some old scrolls. Long story short, no one would buy them from him so he went to a cobbler to make a new pair of shoes out of the scrolls. What a colossal mistake! Thankfully the cobbler grew suspicious and eventually found out they were in fact ancient scrolls of the Old Testament. 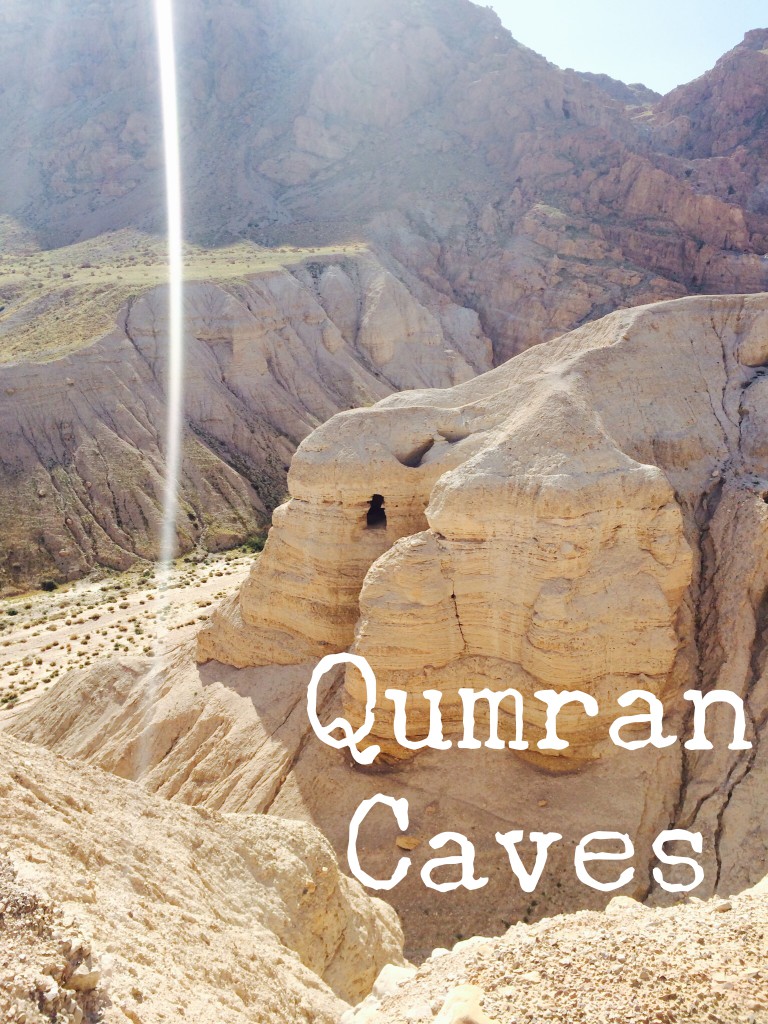 Now we were ready to complete our day’s journey. As we drove along climbing the 3,000 vertical feet we passed Bedouin shepherds living on the hillsides raising sheep. Up until a few decades ago their practices had remained the same as those practiced by Moses’s in-laws thousands of years ago. Now they are adopting some of the current advances such as pre-made tents, solar panels and purchased water in tanks. Once we crested the final hill our hearts stirred as we caught sight of Jerusalem! We had finally arrive at the place of such importance historically, politically and most of all, biblically. Our driver Aaron took us directly to the Mount of Olives. Here we took some great pictures and started the walk down to the Basilica of Gethsemane and the Garden of Gethsemane. There are currently olive trees growing there which have the same roots as those at the time of Jesus!

What a day. Thankfully we took lots of pictures and videos to capture it all. Our bus met us at the bottom of the Mount of Olives and whisked us through Jerusalem to our hotel. Along the way we were even passed by the motorcade of the recently re-elected Prime Minister, Benjamin Netanyahu. Talk about living history! After another delicious dinner we sought refuge in our rooms to relax and get some rest. Tomorrow we discover more of Jerusalem.