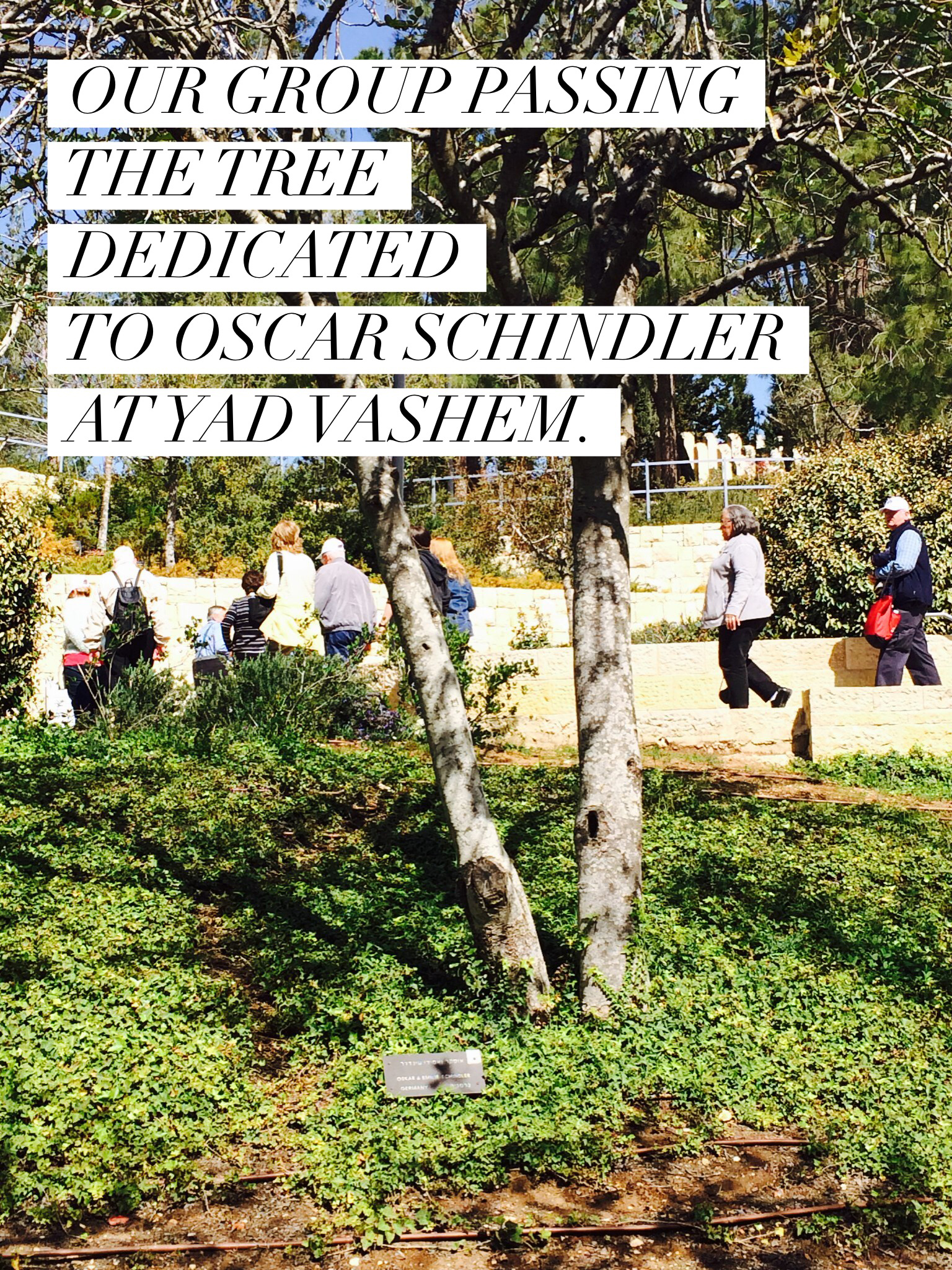 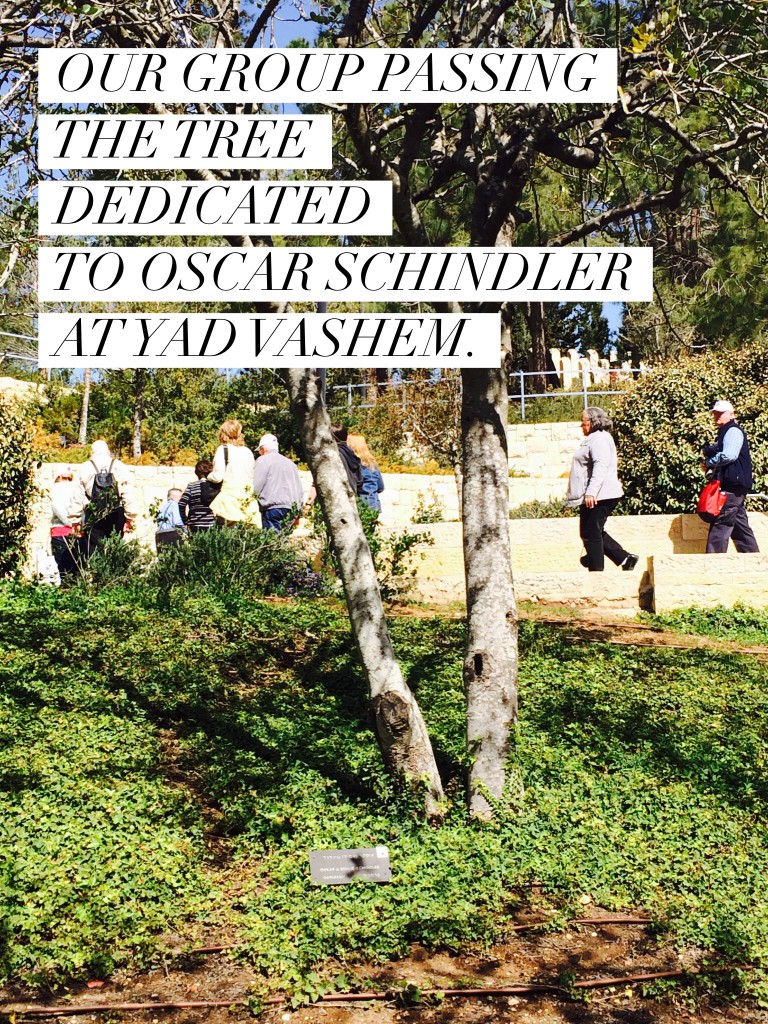 Today was our last day of touring in Israel but it was also the most anticipated. It started as usual with a colorful breakfast buffet at the hotel and a short bus ride to a very moving place, Yad Vashem. This is the Holocaust museum in Jerusalem. We began our tour of the museum grounds with the children’s exhibit. The memorial is dedicated to the one and a half million Jewish children who perished in the Holocaust and was erected through the generosity of Abraham and Edita Spiegel of Beverly Hills, California in memory of their son Uziel, killed in Auschwitz in 1944. From there we solemnly walked next door to the memorial of the Holocaust over all. It is filled with video footage, Nazi propaganda, gas canisters from the gas chambers, piles of shoes and countless personal belongings and pictures from the Holocaust. The exhibit covers the lead up to Hitler gaining power all the way through the end of the war. As you walk out of the exhibit you are facing vibrant sunshine while you look out over the Israeli country side. This is meant to show hope and a bright future.

While reflecting on all that we just saw we boarded the bus and drove to our next stop. Arriving at kibbutz Ramat Rachel we followed our guide to a beautiful overlook. What did we see in the Judean hillside but Bethlehem! Let the picture taking begin! Today was also one of our tour member’s birthday so we sang her Happy Birthday overlooking Bethlehem. This was followed up by to more birthday songs, one from Eli in Hebrew and one from Scotland by our Scottish tour member. It doesn’t get much better than that! We ate lunch at the kibbutz and jumped back on the bus for the ten minute drive to our most anticipated stop. 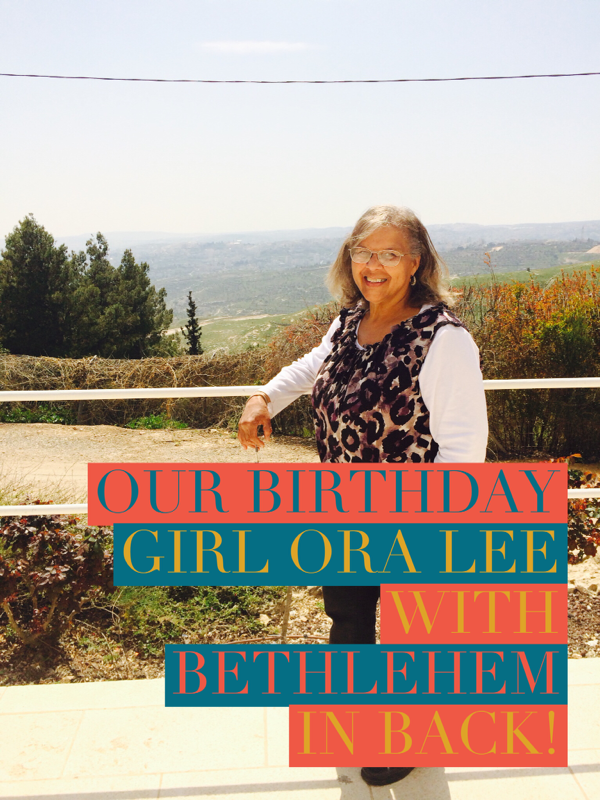 Arriving in a bustling area just outside the walls of the Old City our group jumped out and joined the locals walking on the sidewalk. People talking, horns honking, children yelling in the school yard; we passed it all. A quick left off the main street and we were there, the Garden Tomb. A smiling face and a British accent greeted us at the steel gate as we walked inside. The horns and hustle out on the main street faded away and were replaced by the sounds of birds, running water and hymns. Talk about peace and serenity. Blooming flowers were everywhere along with the stone walks, trees and gravel paths. Our British guide took us to one of the outdoor rooms and told us the early and late histories of the place. We then went and saw the empty tomb! Pausing on the outside and walking slowly to the inside people were touched by the enormity of where they were. Moving to another outdoor room we sat together while Pastor Steve and Pastor Diane read from the Bible about the crucifixion, burial and resurrection. With tears flowing we took communion together and sang several worship songs. 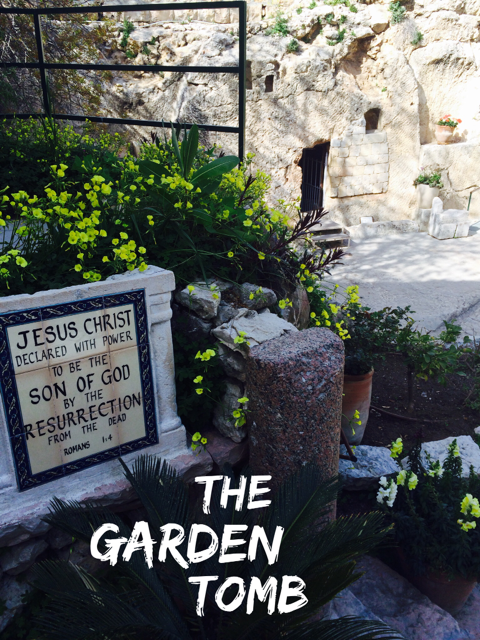 The final stop of the day and of our tour was to the Israel Museum. This houses many things but we were there to see the main attraction. Walking in to a building whose roof looked like a white clay pot we let our eyes adjust to the low lighting. Once adjusted we could see the articles exhibited, the Dead Sea Scrolls. Amazing! These scrolls date back to the third century B.C.E. 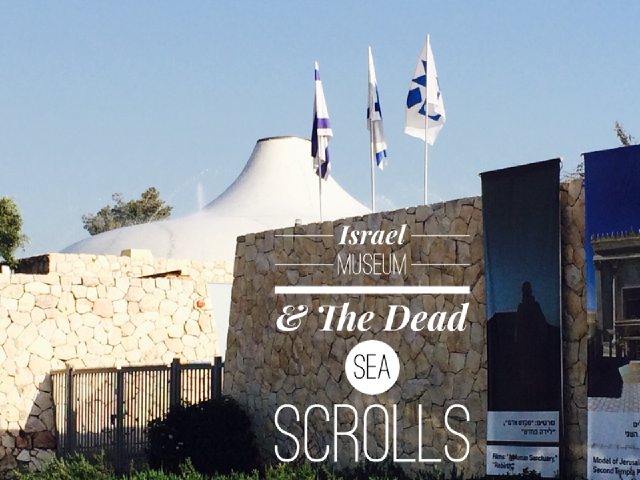 The bus ride back to the hotel was a sober occasion as it marked the end of our explorations. The only things left to do are pack, sleep and board the bus one last time for our drive to the airport in Tel Aviv. If you would like to know more about our 2015 Tour to Israel please ask one of the tour members. This blog was only from one person’s point of view. Everyone will have their own exciting stories, incredible experiences and ways that they were personally impacted. There is one thing left to say, join us on our next trip to Israel and make the explorations of the Bible yours!